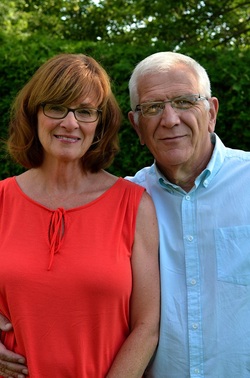 Richard and Ruth both grew up in small towns in southwestern Ontario, Dunnville and Stratford respectively. During their childhood years, they grew up going to church and had parents who modeled the importance of helping others.

They met in Oakville, Ontario and married shortly after meeting one another. Throughout their marriage, they have worked as a team in various ministries. They owned a diner in Stratford for ten years and considered this a ministry opportunity as they built friendships and relationships with their customers in the community. They saw a need for the under privileged and lonely in the area, and rallied the support of local churches and businesses to host a Christmas banquet called “To Stratford with Love”. It has now become a signature event for the Stratford community and continues to draw the support of many local businesses and community members.

Richard and Ruth have three daughters, two sons in law and five grandchildren, who share their love for their community and the Russian people.